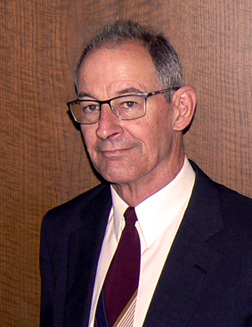 James Roth, PhD, CIA, CCSA, CRMA, is president of AuditTrends, LLC, a training firm devoted to identifying and communicating the best of current internal audit practice. Jim has been in the profession since 1981. His publications include nine books and seven other major works for the IIA.

Evaluating elements of the corporate culture, a.k.a. soft controls, has been at the core of Jim’s 26 years of best practice research, culminating in his 2010 book, Best Practices: Evaluating the Corporate Culture. The March 2011 issue of Tone at the Top, the IIA’s newsletter for audit committee members was based entirely on this book. Jim was one of three recognized contributors to the IIA’s Global Perspectives and Insights, Issue 3 (2016): “Auditing Culture – a Hard Look at the Soft Stuff.” His June 2017 article “How to Audit Culture” was awarded the John B. Thurston award as the highest rated article in Internal Auditor” magazine for 2017.

Jim’s current work goes beyond soft controls to include all elements of corporate culture. His two-day training program – from which this session is excerpted – includes risk culture frameworks that enable a comprehensive assessment of culture and the approaches being used today by numerous organizations.

An energetic and motivating speaker, Jim is one of the profession’s most highly rated presenters. In 2008 he was honored with the Bradford Cadmus Memorial award, the IIA’s most prestigious award for contributing to the advancement of the internal audit profession. For more information, visit www.audittrends.com.