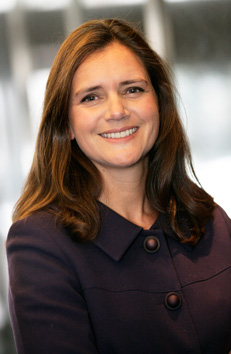 Competitive and Strategic Intelligence Expert - Competia
Estelle Métayer is an expert in Competitive and Strategic Intelligence. Her research focuses on how managers, CEOs, and board members build and improve their strategic planning and/or competitive intelligence function to avoid strategic blindspots. Her best work is done when companies need to drastically change the way they do business and/or grow aggressively. She is a reputed public speaker in international conferences and facilitates strategic workshops around the world. An adjunct professor for McGill University, she teaches with Henry Mintzberg in the International and national Advanced Leadership Programs and the International Master for Health Leadership. She also introduced Competitive Intelligence into the McGill-Rottman School of Business’s certification program for Canadian board directors, and into the new HEC-McGill Executive MBA . Estelle is also a guest lecturer at IMD (Lausanne), and in the International Masters Program in Practicing Management led by Lancaster University, McGill, the IMB (India) and INSEAD.

Prior to selling the company in 2004, Estelle was the president and founder of Competia, the leading training organization for executives and analysts in Strategic Intelligence. Competia launched in 1998 Competia.com which became the world’s largest community, portal and magazine for strategy professionals, receiving over 1 million hits each month.

A former consultant at the international Strategic Consulting firm McKinsey & Company, she gained first-hand practical experience while managing the competitive intelligence, business development and strategic planning function at CAE Inc. She started her career at the ING Bank in the Netherlands and in Poland, studying the financial risks of expanding into emerging countries, and in the French Conglomerate Bouygues in France and the United Kingdom.

She received in 2000 the Arista Sunlife Award for “Entrepreneur of the Year” and was a finalist in 2001 for the Award “Women of Merit” from the YWCA. She sat on the board of the Grands Ballets Canadiens and of World Canada Youth. She was trained in the Netherlands, where she obtained her MBA and Drs. from the University of Nijenrode.

Estelle speaks French, English, German, Dutch, Italian and Arabic. She is also a mother, a commercial pilot and flight instructor.